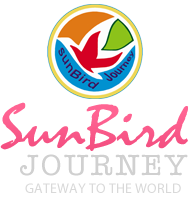 
Nepal Has a Very Diverse Geography, Rising from Less Than 100 Metres (328 Ft) Elevation in the Tropical Terai—the Northern Rim of the Gangetic Plain, Beyond the Perpetual Snow Line to Some 90 Peaks Over 7,000 Metres (22,966 Ft) Including Earth's Highest Mount Everest or Sagarmatha At 8,848m (29,029 Ft).

nepal is a Landlocked Country in Southern Asia, Between the Tibet Autonomous Region of China and India. It Contains 8 of the World's 10 Highest Peaks, Including Mount Everest - the World's Tallest - On the Border with Tibet, and Lumbini, the Birth Place of Gautama Buddha, the Founder of Buddhism.
a Monarchy for Hundreds of Years, Nepal Was Declared a Republic in June 2008.

nepal's Tribhuvan International Airport is Located Just Outside of the Ring Road in Kathmandu. the Terminal is a One-room Brick Building with a Large Wooden Table Serving as Both Customs and Immigration. [13]tourist Visa of 15 Days or More is Available On Arrival. Money Can Be Changed to the Local Currency as Well, But These Services are Only Available Directly After Scheduled Arrivals.

cargo and Passanger Trains Operate Between Sirsiya in Southern Nepal, and the Indian Town of Raxaul. However, Except for Indians, Foreigners are Not Allowed to Cross Border with It. Internal Train Network is Limited to Few Kilometres of Train Network in Janakpur.

there are Now Many Airlines, Offering Frequent Flights to Several Destinations Include Companies with Beautiful Names like Yeti Air, Buddha Air and Cosmic Air. Destinations to and from Kathmandu Include Places such as Pokhara, Biratnagar, Nepalganj, Lukla, Pokhara, Simikot, Jomsom, Janakpur and Bharatpur.3.50% Govt Service Tax.
any Meals
room Incidentals.
horse Ride/pony Ride/helicopter Ticket
tipping/gratuities to Guide/driver.
beverages During Meal Time.
all Entrance Fees Where Ever Applicable.
camera & Video Permits.
any Services Not Mentioned in the Above.