Our experts will reply you very soon.

Darjeeling, Originally just a cluster of villages that was administered intermittently by Nepal and Sikkim, Darjeeling grew in prominence during the mid 19th century when, because of its climate, the British first established a hill station there after leasing it from the Chogyal of Sikkim and later discovered that the area was particularly well suited for tea plantations. In 1849, the British annexed the area and Darjeeling became a part of British India. The Darjeeling Himalayan Railway was opened in 1881 (it is now a UNESCO World Heritage Site) and the town became the de-facto summer capital of India during the days when the Raj was governed from Calcutta.
Because it was a popular hill station during the days of the Raj, a lovely Victorian town was built among the Himalayan foothills, the remnants of which are still visible around the Chowrasta and Darjeeling remains a popular summer and fall resort for the natives of Kolkata today. For foreign tourists, the main attractions are the cultural diversity (many Tibetan refugees moved here after Tibet was annexed by China and they co-exist with the descendants of the many Nepali and Bihari laborers brought to work in the tea plantations), the beautiful views (including the wonderful vista view of Kanchenjunga), a variety of trekking options, and the opportunity to cool down after a stint in the plains. The town is also a jumping off point for travelers heading to Sikkim. 4 Days Sightseeing in Darjeeling. There has been intermittent political action from Gorkha groups demanding an independent state (Gorkhaland). In June 2008 a strike paralyzed the area, with closed hotels, restaurants and shops, and the accompanying protests even turned violent a couple of times. Though inconvenient, tourists generally are not at risk, but recently they do check the status before going there.

The nearest railway station to Darjeeling is New Jalpaiguri which connects the city with all the major parts of the country. There are a number of trains from cities like Kolkata, Delhi, Guwahati, Chennai, Mumbai, Bengaluru, Bhubaneshwar and Kochi.Price valid for minimum 06 adult travelling together
Contact for best group rateGovt Service Tax. as applicable
Room incidentals.
Lunch during the tour
Horse ride/pony ride/helicopter ticket
Tipping/gratuities to guide/driver.
Beverages during meal time.
All entrance fees where ever applicable.
Camera & Video permits.
Any services not mentioned in the above.19-0120-12 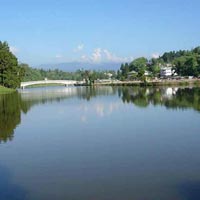 Upon arrival at Bagdogra airpot/Newjalpaiguri railway station , Meet our representive& transfer to Darjeeling at an elevation of 2125 meters / 70000 feet, the land of breathtaking beauty, amidst rolling tea gardens, crowned by the majestic Himalayas popularly known as the Queen of the hills. Jewel in the crown of the Eastern Himalayas with mesmerizing beauty offers spectacular views of the Mount Everest, Mount Kanchendzonga and the rest of spectacular Himalayan range. Sightseeing at Mirik. Check - in at hotel / resort at Darjeeling. Evening free to roam around in Mall. Overnight stay at Darjeeling.
Meals : Dinner
Day 2: 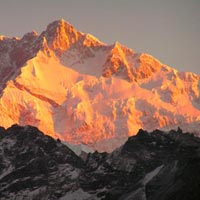 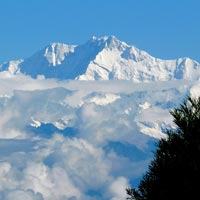 Breakfastat hotel. full day free at leisure, enjoy the nature view of Himalaya - Evening free to roam around the any of the hundred nurseries or the Local market area - Overnight stay at hotel in Darjeeling
Meals : Breakfast & Dinner
Day 4: 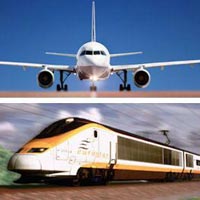 After breakfast check out from hotel and transfer to Newjalpaiguri railway station / Bagdogra airport.
Depart by train/flight with Sweet Himalayan memory………
Meals : Breakfast